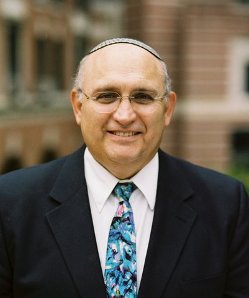 Hazzan Henry Rosenblum, a graduate of Brooklyn College with a BA in Philosophy, completed his Cantorial studies at the Cantors Institute of the Jewish Theological Seminary in 1972 where he received the Diploma of Hazzan and a Bachelor of Sacred Music Degree.  After his investiture, he assumed the position of Hazzan at White Meadow Temple in Rockaway, New Jersey until 1978 when he was installed as the Hazzan of Oheb Shalom Congregation in South Orange, New Jersey.  During the nine years he served as their Hazzan, he also taught Hazzanut at JTS, conducted the New Jersey Cantors Concert Ensemble, sang with the Zamir Chorale of New York and served on the board of the American Society for Jewish Music.

From 1987-1998 Hazzan Rosenblum was the Hazzan of North Suburban Synagogue Beth El in Highland Park, Illinois, and from 1997 to 1999 he served as the President of the Cantors Assembly, the international umbrella organization for Cantors in the Conservative Movement.  He was appointed Dean of the H.L. Miller Cantorial School and College of Jewish Music at the Jewish Theological Seminary in 1998, becoming the first Hazzan to hold that position.  He was awarded a Doctor of Music, Honoris Causa by JTS in 2002. He concluded his 12 years as Dean on June 30, 2010 and is now in his 10th year as the Hazzan of the Forest Hills Jewish Center.